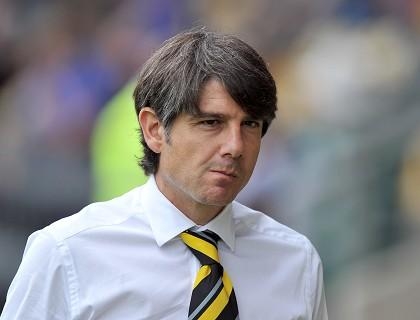 The Grecians had not lost on road since October but could find no answer as the hosts ran amok in the first half before a belated fight back.

Michael Symes was on hand to give Burton the lead in the 11th minute with a sidefoot finish from six yards after a low cross by Jacques Maghoma.

The Grecians failed to cut out another Maghoma cross in the 27th minute and paid the penalty as a stooping header from Marcus Holness bounced in off an upright, giving the defender his first goal for the club.

Seven minutes later Maghoma continued his rich vein of scoring form with his fifth in eight games - a superb volley into the top corner from the edge of the box.

Maghoma's finish was matched after an hour mark when Lee Bell lashed in a thunderous 20-yarder off the underside of the crossbar.

Substitute Guillem Bauza reduced the deficit with a crisp shot from the edge of the area in the 70th minute and the visitors struck again four minutes later when a Scot Bennett header was adjudged to have crossed the line.