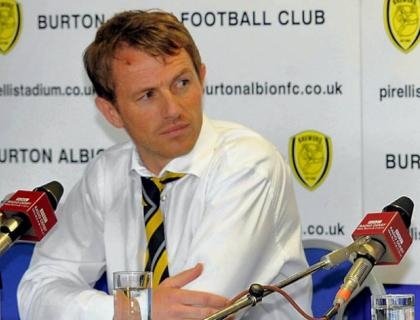 Albion run goes for a Burton

Drew Talbot wrecked Burton's record run of nine successive home wins as a 1-0 victory kept Chesterfield in the hunt for a play-off spot.

Talbot's second-half stunner cost Albion the chance to reclaim third place in the table and kept alive the Spireites' slender hopes of a top-seven finish.

Burton struggled to find their usual attacking tempo in what could be best described as a lacklustre first half.

Top scorer Jacques Maghoma skied a shot from the edge of the area while Ian Sharps and Robbie Weir both failed to hit the target with headers.

Marc Richards had a chance to snatch the lead for the visitors but could only head straight into the arms of Stuart Tomlinson in the 26th minute.

Burton defender Sharps escaped with a yellow card after wrestling Richards to the floor in a run on goal a minute before the break.

Chesterfield had looked the tidier side and took the lead in the 52nd minute when Talbot found the space to beat Tomlinson with a stunning right-foot shot from 30 yards out.

Lee Bell fired too high and Billy Kee headed wide as the hosts struggled in vain for the equaliser.